Susan Sontag, 71, the American intellectual who engaged and enraged equally with her insights into high and low culture, died yesterday at Memorial Sloan-Kettering Cancer Center in New York. She had leukemia.Philosophy, photography, pornography -- Sontag explored them all with a defiant gusto, informed by an impressive, if lofty, ability to transcend cultural barriers with a barrage of literary and cultural references.

She was not averse to self-promotion and indicated that she was one of the few writers able to survive as an essayist. Her books seldom went out of print and were translated into more than 25 languages. She spoke five.

Reading by age 3, having tea and cookies with author and Nobel laureate Thomas Mann at 14 and graduating from college at 18, she went on to a long career as a provocateur through dozens of novels and nonfiction works. Cumulatively, they placed her among the foremost thinkers about the meaning of art, politics, war, silence and humanity.

She wrote movingly but unsentimentally about her own experiences with cancer -- of the breast at age 43 and the uterus decades later -- and how disease is portrayed in popular culture. Her essay "Illness as Metaphor" (1978) is considered her classic exploration of the subject.

Tall, raven-haired with a streak of white, with bold dark eyes and a wry smile, Sontag was a recognizable figure in the mainstream media firmament through lectures and televised debates. She shoved herself to the forefront of contemporaneous debate with her activism against the Vietnam War -- including a trip to Hanoi -- and later denunciations of Communism as stifling the work of intellectuals. Along the way, she raised her voice against authoritarian -- and sometimes democratic -- leaders around the world.

In the early 1990s, she staged Samuel Beckett's existential masterpiece "Waiting for Godot" in Sarajevo amid bombing and sniper fire.

Sontag won the National Book Award for fiction in 2000 for "In America," about a 19th-century Polish actress who moves to California to start a new life. The author also received a MacArthur "genius" grant, among other honors.

Much of her early distinction arose in the 1960s with her advocacy of European artists and thinkers, including philosophers Simone Weil and Walter Benjamin and filmmaker Jean-Luc Godard. Occasionally, she caused palpitations among the fervently patriotic for her less-nuanced commentary, to the effect that "America is founded on genocide" and "the quality of American life is an insult to the possibilities of human growth."

More recently, she wrote in the New Yorker about the Sept. 11, 2001, terrorist attacks, denouncing the use of the word "cowardly" to describe the attackers.

"In the matter of courage (a morally neutral virtue): Whatever may be said of the perpetrators of the . . . slaughter, they were not cowards," she wrote.

Those declarations were easy fodder for those ready to scorn her as anti-American or a liberal scourge.

Time magazine made her a pop celebrity in 1964 when it noted her Partisan Review essay, "Notes On 'Camp,' " in which she plunged into the world of urban and mostly homosexual style. Mentioning the ballet "Swan Lake" along with the fashion accouterment of feather boas, she wrote that camp style is "serious about the frivolous, frivolous about the serious. . . . The ultimate camp statement: it's good because it's awful."

But her work appeared largely in literary journals, including the New York Review of Books. She was elevated to near-sainthood by her admirers, who considered her an unstoppable literary force and crystalline thinker.

Writing in the Dictionary of Literary Biography, Susan Walker described Sontag's career as "marked by a seriousness of pursuit and a relentless intelligence that analyzes modern culture on almost every possible level: artistic, philosophical, literary, political, and moral."

But she also was lampooned for the headiness of her writing. In a backhanded tribute to her influence in popular culture, the baseball catcher played by Kevin Costner in the 1988 film "Bull Durham" calls her handful of novels "self-indulgent, overrated crap."

Sontag's own motivations were simple, she said: to "know everything." She had a lusty devotion to reading that she likened to the pleasure others get from watching television. "So when I go to a Patti Smith concert, I enjoy, participate, appreciate and am tuned in better because I've read Nietzsche," she told Rolling Stone magazine. "The main reason I read is that I enjoy it."

Susan Rosenblatt was born Jan. 16, 1933, in New York, the older daughter of a traveling fur trader and an alcoholic teacher. She was raised in Tucson and Los Angeles and was largely left alone as a young girl, she later told an interviewer. Raised by a nanny in her parents' absences, she was 5 when her mother came back from China alone. Her father had died of tuberculosis, and her mother revealed the truth months later only after the girl pressed for details about his return. She took the surname Sontag from her stepfather.

Sontag described a girlhood bereft of playmates. Instead, she devoured Djuna Barnes, Shakespeare, Victor Hugo and Jack London. "I got through my childhood," she told the Paris Review, "in a delirium of literary exaltations."

She met Thomas Mann after reading the German author's 1924 novel "The Magic Mountain," set in a European sanitarium. On a second read, she spoke the words aloud and was so enthused about the book that she conspired with a friend to meet the author, then living in Los Angeles in exile during the Nazi era.

"He seemed to find it perfectly normal that two local high school students should know who Nietzsche and [composer Arnold] Schoenberg were," she wrote in a New Yorker account of the visit.

Her stepfather warned her that being so interested in books would make her uninteresting to men. "I just couldn't stop laughing," she once said. "I thought, 'Oh gosh, this guy's a perfect jerk.' "

Before graduating from the University of Chicago in 1951 with a bachelor's degree in philosophy, she married Philip Rieff, a sociologist 10 years her senior whom she would divorce in 1959. They had a son, David Rieff of New York, who survives, along with Sontag's sister.

After Chicago, Sontag received master's degrees in English and philosophy from Harvard University and did all but her dissertation for a doctorate in philosophy.

Her first book, "Freud: The Mind of the Moralist" (1959), was completed in collaboration with her husband. They agreed, however, to put only his name on the title page.

Still, she described this time as liberating. She was 26, divorced and ready to experience what she described as a delayed adolescence filled with dance lessons, discussions with politically motivated young people and a desire to make a literary mark.

She taught religion at Columbia University before completing her first novel, "The Benefactors" (1963), the study of a dreamy rogue named Hippolyte who soon cannot tell reality from his own imagination. It impressed reviewers, and she began cornering magazine editors, sometimes at cocktail parties, about publishing her work.

Her analysis, for the Nation magazine, of Jack Smith's erotically flamboyant film "Flaming Creatures" (1963) brought her attention as an enthusiastic filmwatcher but caustic observer of American morality, which she saw as preventing a full-blown appreciation of the film's "aesthetic vision."

Her early essays, including "Notes on 'Camp,' " were collected in "Against Interpretation" (1966), her first major nonfiction book. She argued against critics who hunted for heady significance in a work of art at the expense of its sensual impact.

"In most modern instances," she wrote, "interpretation amounts to the philistine refusal to leave the work of art alone. Real art has the capacity to make us nervous. By reducing the work of art to its content and then interpreting that, one tames the work of art."

As a radical and incisive thinker, she protested and wrote against the Vietnam War, visiting Hanoi to understand the motivations of the Vietnamese resistance to the U.S. military.

She began examining the presentation of disease in popular culture after her diagnosis of cancer in her breast, lymphatic system and leg and was given a 20 percent chance of survival. She underwent a radical mastectomy and chemotherapy that cured her of the cancer.

In "Illness as Metaphor" and her book "AIDS and Its Metaphors" (1989), as well as countless interviewers, she condemned the idea of illness as a curse or plague, somehow a metaphor for social, cultural or moral decay. Illness is simply fact, she said.

Despite other health conditions, she remained productive, producing a best-selling novel, "The Volcano Lover" (1992), about Lord Nelson and his mistress, Lady Hamilton.

She spent much of her life in transit, living in Paris, Berlin and elsewhere while maintaining a home in what she considered the only livable spot in the United States -- New York. "And what I like about Manhattan is that it's full of foreigners," she said.

A restless voyager into the 1990s, she staged "Waiting for Godot" in Sarajevo. Even those who best understood her questioned her sanity to thrust herself into a war zone for the sake of art. "I didn't think I was invulnerable, because I had a couple of very close calls, and I don't think I'm a thrill-seeker," she said. "I just thought it's okay to take risks, and if ever I get to the point when I don't, then take me to the glue factory." 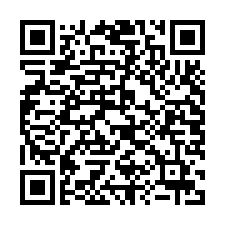