By ANTHONY TOMMASINI
Published: January 1, 2005
In 2003, the problems affecting the classical recording business seemed daunting: markets flooded with multiple versions of the standard repertory; declining sales; widespread layoffs in the offices of the major labels; ill-conceived moves by controlling conglomerates to cut losses that only made matters worse.Still, during that sobering year, many companies, to their credit, adjusted their priorities, focused anew on releasing albums that added something of artistic merit to the discography, and generally realized that smaller could in fact be better.

Several companies also pledged to take innovative steps within the next year to deal with the financial realities, steps that might find opportunity amid the challenges. So, now that 2004 has past, it's time to see whether the companies are keeping their promises. In several cases they are following through, as a crop of welcome recent recordings makes clear.

For example, in early January of 2003 there was an article in this newspaper about the looming expirations of copyright protections in Europe for countless classic recordings from the 1950's. In the United States such copyrights last 90 years, at least for now, while advocates for public domain access and defenders of the rights of production companies continue to slug it out in the courts. But in Europe, copyrights for recordings expire after 50 years. This means that starting now and during the next decade landmark 1950's recordings by artists ranging from Maria Callas to Elvis Presley are coming into the public domain in Europe. Since American retailers routinely stock imported European records, especially classical albums, such releases are already showing up in the stores.

This looming crisis particularly rattled EMI Classics, the London-based company, the house of Callas, who made her first recordings for the company in 1953 and remained an EMI artist. Sales of Callas recordings, always impressive, show no signs of slipping.

EMI realized that the only way to maintain primacy in the Callas market, and with other classical artists from the 1950's, was to make the recordings available in budget format while assuring the highest audio quality. The company came through for consumers in 2004. For example, the classic 1953 Callas recording of Puccini's "Tosca," with Giuseppe di Stefano as Cavaradossi, Tito Gobbi as Scarpia, the great Italian maestro Victor de Sabata conducting and Callas in the title role, arguably one of the greatest complete opera recordings ever made, was released this past year on the EMI Classics Historical series, a budget line. The standard EMI "Tosca" comes in a handsomely packaged two-disc boxed set, with extensive liner notes and a complete libretto. The two-disc budget version has no libretto, but lists for $14.99, compared with $24.99 for the standard one. Clearly, EMI is hoping that consumers will trust the company to deliver a quality product rather than settle for cheaper European imports taken from the EMI originals.

And that's not all. This past year EMI released other legendary recordings of complete operas as part of the new series - among them: the conductor Wilhelm Furtwangler's incomparable 1952 account of Wagner's "Tristan und Isolde" with Kirsten Flagstad and Ludwig Suthaus in the title roles; Callas's stunning 1953 recording of Donizetti's "Lucia di Lammermoor," conducted by Tullio Serafin; and, just out, the 1952 account of Gluck's "Orfeo ed Euridice" with the eminent British contralto Kathleen Ferrier as Orfeo.

These are all bare-bones budget releases with no librettos. But opera buffs, who are likely to own the librettos already, should appreciate the affordable prices and dependable engineering.

Meanwhile, what the future holds for two major companies, Sony Classical and BMG Classics, after their merger this year is unclear. Still, both companies have come through with pledges to make their back catalogs more available. And Sony and BMG control two of the most prestigious catalogs in classical recording history: Columbia's and RCA's, respectively.

For me the most valuable reissue project from Sony has been its Masterworks Heritage series, which in past years has made available welcome rarities like the 1952 Columbia recording of Mozart's "Cosi Fan Tutte," which documents a landmark production at the Metropolitan Opera. It was performed in a smart and fresh English translation, with a stellar cast that included Eleanor Steber, Richard Tucker and Roberta Peters, with Fritz Stiedry, a fine Mozartean, conducting.

BMG has become heavily involved in the reissue business. The company is understandably proud of its "reDiscovered" series, which has brought out recordings never before released. The most recent addition is "Perlman reDiscovered," a varied program of substantive works for violin by Hindemith, Leclair, Block and Ben-Haim, as well as some devilishly virtuosic pieces by Paganini and others, performed in concert by Itzhak Perlman, then 19, impassioned and brilliant, accompanied by the pianist David Garvey.

But I am more excited by the company's RCA Red Seal Classic Library series, which recently reissued on a two-disc album the pianist Peter Serkin's pioneering 1973 recording of Olivier Messiaen's complete "Vingt Regards sur l'Enfant-Jesus," long unavailable. This set of 20 works for piano, over two hours of music that shifts between states of contemplative calm and ecstatic wildness, contains some of the most difficult and ingenious music written for the piano. Mr. Serkin's exhilarating performances in concert on this recording, made when he was 25, did much to bring this visionary masterpiece to wider public attention in America.

Another recent Red Seal Classic Library reissue offers Sviatoslav Richter's colossal account of Brahms's Piano Concerto No. 2, recorded in 1960 with the Chicago Symphony Orchestra, conducted by Erich Leinsdorf. Richter, 45 at the time, had just begun a historic United States tour when he made this recording. His playing is terrifying in its power and greatness. The CD is filled out with Richter's bracing account of Brahms's Piano Sonata No. 1, Op. 1, recorded in 1988.

Finally, an essential independent label, New World Records, specializing in neglected American repertory from Colonial times to the present, also kept an important promise this year. In 2003, another nonprofit label, Composers Recordings Inc. (known as CRI), a scrappy company that maintained the most undogmatic and adventurous catalog in the field of contemporary music, shut down operations after 48 years, unable to keep afloat financially.

It had been CRI's principled policy to keep every one of its recordings available for purchase. New World Records came to the rescue, pledging to release selected items from the CRI catalog and also some projects that were already in the pipeline at CRI. In addition, it vowed to digitize the master tapes of the complete CRI catalog and, eventually, to offer any recording as a custom-made CD, burned to order and mailed to the buyer with the original liner notes.

New World has already kept the first part of its pledge. For example, in 2004 it released "The Unknown Ives," Volume 2, premiere recordings of unpublished Ives works and of new critical editions of Ives that had already been recorded, performed by Donald Berman, a formidable pianist and knowledgeable Ives champion. The first volume in this project, issued by CRI in 1999, received much critical acclaim. The folding of CRI had threatened to derail the second volume.

New World also reports progress on its pledge to digitize the CRI catalog. The transfer of rights must still be cleared by the New York State attorney general's office, but the boards of both companies support the idea and official sanctioning seems all but certain.

That step from a nonprofit company could well shake up the majors. Burned-to-order CD's may be the wave of the future. Meanwhile, major companies like EMI, BMG and Sony deserve some credit. How often do corporations actually keep their promises? 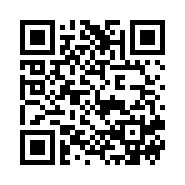