On Beauty: A History of a Western Idea edited by Umberto Eco 438pp, Secker & Warburg, £30

Umberto Eco is notorious as the Italian professor of semiotics who wrote a bestseller, The Name of the Rose, which sparked off a host of imitators and invigorated interest in the study of medieval art and culture. In addition to all that, he has been an editor in TV and publishing, a columnist for an avant garde monthly, and a prolific essayist. If there is such a thing as a renaissance man, Eco is it.
On Beauty is an encyclopedia of images and ideas about beauty ranging from ancient Greece to the present day. It begins with 20 pages of reproductions of paintings and photographs, representing an enormous range of cultural icons, from Bronzini's Allegory of Venus to characteristic snapshots of David Beckham and George Clooney. More paintings decorate the next 400 pages of quotations from philosophers and writers - Plato, Boccaccio, San Bernardo. Kant, Heine, et al. The book is arranged according to various themes rather than chronologically, although, given the fact that it begins with the aesthetic ideals of ancient Greece and ends with pop art and the mass media, the chronology seems self-evident. On the other hand, as Eco points out in his introduction, "this is a history of Beauty and not a history of art (or of literature or music)". He goes on to ask the obvious question - "why is this history of Beauty documented solely through works of art?" - and he replies by claiming that "over the centuries it was artists, poets, and novelists who told us about the things they considered beautiful and they were the ones who left us examples. Peasants, masons, bakers or tailors also made things that they probably saw as beautiful, but only a very few of these artefacts remain."

This is an answer which seems surprisingly unimaginative for a polymath of Eco's acumen, if only because it provokes a great many more questions about the book's structure and content. The introduction concludes that "Beauty has never been absolute and immutable but has taken on different aspects depending on the historical period and the country" - beauty is in the eye of the beholder. Having read this, I found myself wondering why the book confines itself to examples of beauty from western Europe and the iconography of Hollywood movies. On this evidence the populations of Russia, the Middle East, China, India, Japan, Africa and South America have had no concepts of beauty or at least no artefacts worthy of display, and while it is reasonable to suppose that the scope of On Beauty 's illustrations is the product of individual taste, their limitations seem to be defying the main thrust of its argument. As a result, although we've been told with some force that this is a history of beauty, rather than art, it reads very much like an eclectic primer of western aesthetics and painting. This impression is reinforced by Eco's assertion of an essential "link between art and beauty". It seems a curious claim after a century in which artists struggled to reject precisely this link between themselves and Renaissance beliefs. (The "new realist" painter Fernand Léger, for instance, lecturing in the 1930s, argued that art was actually a barrier between the people and "the domain of the beautiful".)

The problem is highlighted in the chapters on "monstrosities", and "ugliness". Eco describes the medieval fascination with representations of devilish monsters and the pangs of hellfire, and argues that centuries of aesthetic theory presented ugliness as the antithesis of beauty, that the moral significance of ugliness lies in being a fundamental strand of a complex universe.

One revealing aspect of these arguments is that they are the product of a view from the centre of a traditional European cosmos, and it's hard to imagine what the notion of monstrosity might mean were it to be tested against the background of a nonEuropean universe. But it's not only in the world outside Europe that definitions of this kind begin to lose their force and meaning.

In a European environment ruled by a polymorphous clutch of moral and religious rubrics, a large proportion of the population continues, for reasons which are essentially mysterious, to be fascinated by phenomena that are grotesque, monstrous or downright disgusting. The contemplation of medieval monstrosities can, no doubt, be paralleled by the popularity of Victorian freak shows, or, in the present day, our delight in the varieties of horror peddled through the cinema, TV and the computer screen.

From a contemporary standpoint, our fascination with fabulous monsters has now been divorced from morality, religious awe or even curiosity, and the underlying aesthetic is more to do with pure sensation. The Renaissance invention of ugliness, therefore, can no longer stand in support of the category beauty. For a large swath of contemporary practitioners, also, the idea of a beautiful representation is part of an aesthetic ideal which the American painter Barnett Newman described as "the bugbear of European art".

On Beauty avoids discussing these contradictions, and the consequence is a beautifully produced guidebook to the classical and Renaissance practice that linked together ideas about art and beauty. The promise of Eco's introduction, however, never comes near fulfilment, and there's a curious sense that the book's editor was only half involved, that the assembly of the various elements took place on different sites and drew on different traditions. On the other hand, maybe that is the logic of Eco's Renaissance-inflected sensibility. When he's experimenting, trying to break new ground, the result can be a brilliant synthesis; when he's recycling orthodoxies, as he is here, you get an incoherent hotch-potch of elements - a bit of a fudge.

· Mike Phillips's London Crossings: A Biography of Black Britain is published by Continuum. 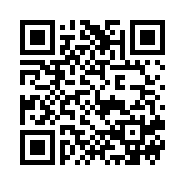