A short story is not a quick fix. It demands interpretation, as Ang Lee's western has shown

The Guardian
Ang Lee's latest film, Brokeback Mountain, deserves the critical acclaim it is receiving. It led the Golden Globes on Monday with four prizes and is tipped to sweep the boards at this year's Academy Awards. While Lee has beautifully transgressed Hollywood's boundaries of acceptability and, more importantly, marketability, the film should not simply be held up as a seminal filmic text that queered the most American of genres, the western. Lee's highest achievement lies in his expertise in the art of storytelling; and in case we forget, Lee reminds us why he chose to direct the film: "For me it's a love story."

This love story started as a short story by the American author Annie Proulx, published in the New Yorker in 1997. Proulx's tale, written in brisk yet highly evocative prose, relies on simplicity of plot to transcend the limitations of language, deftly yoking the wordless mythology of the cowboy with the understated love of her protagonists. That Proulx's story had gone unnoticed here until the advent of Lee's film is depressing yet unsurprising. The film raises an issue so far overlooked: England's lost art of pure storytelling.

The Irish short fiction writer Frank O'Connor once noted that the difference between the short story and the novel is "the difference between pure and applied storytelling". The short story is the adaptation of the primitive art of communicating experience by telling a tale. Walter Benjamin, in his essay The Storyteller, lamented the fall in value of experience, attributing it to dependence upon information as communication. Information, he says, "doesn't survive the moment in which it was new". Narrative achieves an amplitude that information lacks: it can live forever.

Part of the reason the short story is nearly dead in this country is because it is mismarketed, if at all. By pitching the short story as bite-size literature, ideal for busy lives, publishers are missing the point. Good short fiction requires the reader's time and attention. It relies not on explanation but asks for interpretation. It conveys the narrative qualities of our existence by embracing the past, present and future. You can't leave and come back to a short story the way you can an episodic, multi-narrative novel, or episode of Eastenders. The short story demands commitment.

The US has always given it. From Washington Irving onwards, the short story has been a robust art form, regularly studied and taught in a country where the desire to tell one's story is still overwhelmingly strong. America publishes several journals devoted solely to the craft and study of short fiction.

The link between the short story and film in America is unique in that it has led to a mutually sustaining relationship. Recent movies such as Minority Report, and classics such as Rear Window and 2001: A Space Odyssey, owe their existence to short stories, while such attention and respect paid to the genre encourages new writing.

Importantly, adaptation is also a form of retelling. We see a return to what Benjamin considered was lost with the evolution of the short story - its oral tradition: "The perfect narrative is revealed through the layers of a variety of retellings." Larry McMurtry's subtly nuanced script allowed Lee to tell Brokeback Mountain a third time.

In the UK, where attention spans seem to diminish by the day, Dot Mobile has launched a plan with the writer John Sutherland to condense works of literary classics into text message form, aiming to aid understanding and recall of the stories. The complete - if that's the right word - works of Shakespeare will be ready by April. I wonder if anyone will recall the short story by then. 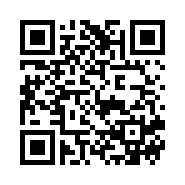