The Spanish soprano Victoria de los Angeles, whose sweet-toned lyric voice and beguiling expressivity earned her a devoted following during a career of more than four decades, died overnight Friday in a hospital in Barcelona, a spokesman for the Liceu Opera there said. Ms. de los Angeles, who was 81, had been admitted to the city's Teknon clinic with cardiorespiratory problems on New Year's Eve.
For sheer loveliness of timbre, affecting sensitivity, elegance of line and utter ease in florid passagework, she was hard to top. By the 1950's she was a mainstay of opera houses around the world and widely admired for her portrayals of leading lyric soprano roles, including Puccini's Mimi (from "La Bohème") and Madama Butterfly, Verdi's Violetta (from "La Traviata"), and Massenet's Manon, Bizet's Carmen and Debussy's Mélisande.

Though her sound was not enormous, she knew how to project her voice so that it carried effortlessly in the opera house. She even sang lighter Wagner roles with effectiveness and allure, including Elisabeth in "Tannhäuser," the role of her 1961 Bayreuth Festival debut in Germany, and Eva in "Die Meistersinger."

To some tastes Ms. de los Angeles lacked temperament. By her own admission she was not an intellectually probing artist. But at her best she was an exquisite, unmannered and deeply communicative singer. On stage, with her black hair, gleaming eyes and broad smile, she projected an openness and naïveté that, coupled with her creamy voice, audiences adored.

From the start of her career, Ms. de los Angeles was a devoted recitalist who sang an extensive repertory of German, French and Spanish songs. Her American recital debut program at Carnegie Hall in October of 1950 included such rarities at the time as a recitative and aria from Monteverdi's "Orfeo." At the end of the recital she endeared herself to an already smitten audience by sitting on the closed lid of the piano and singing a group of Spanish songs accompanying herself on the guitar. In his review of that recital, Virgil Thomson, the demanding critic of The New York Herald Tribune, wrote, "The voice is one of rare natural beauty, the schooling impeccable, the artistry first class."

Victoria Gómez Cima was born in Barcelona on Nov. 1, 1923, to a musical family. She studied piano, voice and guitar at home, then continued her training at the conservatory in Barcelona, completing the six-year program in three years and graduating at 18 with the highest honors. That same year at a coffee house near the university she met Enrique Magriña, a law student. After a traditional long Spanish courtship they were married in 1948.

After the conservatory, instead of immediately pursing a career in opera, Ms. de los Angeles joined Ars Musicae, an ensemble that specialized in French and Spanish songs from the Renaissance to modern times and in German lieder. She made her recital debut in 1944 in Barcelona and, several months later, her professional debut in opera as the Countess in Mozart's "Nozze di Figaro" at the Liceu. After winning the Geneva International Singing Competition in 1947, she attracted the attention of the world's leading opera companies, and debuts at Covent Garden in London, La Scala in Milan and elsewhere soon followed.

Her Met debut in 1951 was as Marguerite in Gounod's "Faust." For almost a decade she was a favorite at the Met. Among her highlights at the house was a 1958 performance as Desdemona in Verdi's "Otello" with Mario Del Monaco in the title role and Leonard Warren as Iago, a performance that the Met has released as a special edition of a live historic broadcast.

In 1948 she began an association with EMI that lasted nearly 30 years and produced over 80 recordings including 21 complete operas. Among these are several classics, including a 1956 "La Bohème" with Ms. de los Angeles as Mimi and Jussi Björling as Rodolfo and Sir Thomas Beecham conducting.

Speaking in a 1977 interview with The New York Times about Carmen, a mezzo-soprano role that Ms. de los Angeles sang with assurance and distinction, she complained that many interpreters simply do not understand Spanish women. Carmen should be elegant, not crude and vulgar, she said, adding: "Even the common Gypsy women have a pride and reserve. They stay faithful to one man at a time, no matter what. That is my Carmen."

After 1961, Ms. de los Angeles focused her career on recital work. One motivation was to slow down so that she could devote more time to raising a family. She gave birth to two sons in the mid-1960's: Juan Enrique and Alexandro.

Though she sang with such intellectually rigorous German artists as the soprano Elisabeth Schwarzkopf and the baritone Dietrich Fischer-Dieskau, Ms. de los Angeles said her more instinctive approach was a result of her nationality. 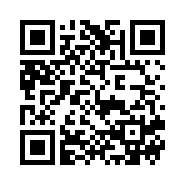